In traffic control devices, red is universally recognized as the color for stop, whereas green is universally recognized as the color for go. A common example is a traditional stoplight. When the light is red, motorists know to stop. Once the light turns green, motorists can let their foot off the brake pedal and proceed through the intersection. Of course, traffic signs also rely on these two colors to safely guide motorists through the country's roadways. This begs the question: Why is the color red used to convey stop and the color green used to convey go? 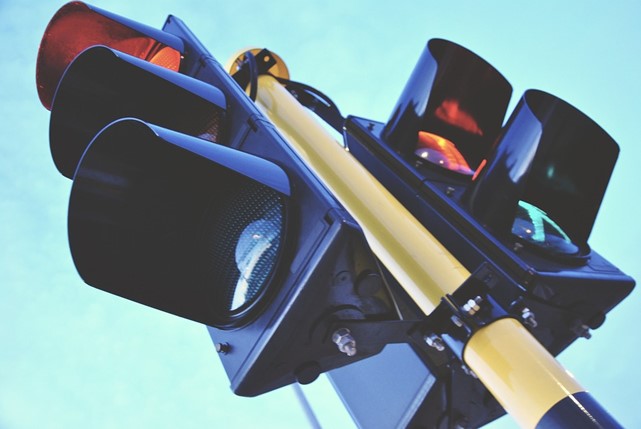 Railroad companies during the early 1800s, as well as during the later years, used red traffic control devices to indicate stop because of its centuries-long association with danger or hazard. For hundreds of years, the color red has been used to convey danger. Even in Ancient Rome, legions of Roman warriors would carry a red-colored banner as a warning to their opponents. As a result, most people, including train operators, immediately recognizer red traffic control devices as a signal to stop.

When some of the first railroad traffic control devices were rolled out during the 1830s, they used red to convey stop; green to convey caution; and white to convey go. It wasn't long, however, until railroad companies realized they had made a mistake. Trail operators didn't always see the white signal light, resulting in more collisions and accidents. This prompted railroad companies to switch from white to green, thereby making their devices more visible to trail operators.

In 1914, some of the first red, yellow and green stoplights were installed on U.S. roads. All three colors are easily seen by motorists, as well as pedestrians. Furthermore, green has long been associated with go, whereas red is universally recognized as stop. You can still find traffic control devices featuring other colors. For stop, however, red is always used. And for go, green is always used.