Traffic signs play a critical role in our nation's transportation infrastructure. Consisting of physical signs placed above or near a road, they provide information to motorists, cyclists and pedestrians. While you're probably familiar with the general purpose of road signs, though, you might be surprised to learn the six following facts about them. 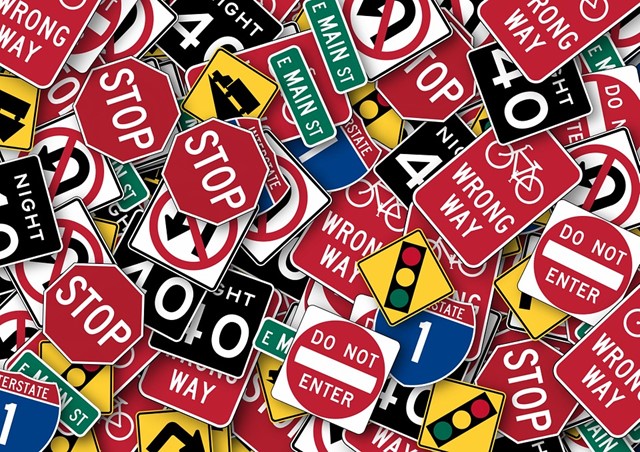 #1) The First Road Signs Were Designed for Cyclists

#2) They Are Governed By the MUTCD

The way in which road signs are designed and used is governed by the Federal Highway Transportation Administration (FHWTA's) Manual on Uniform Traffic Control Devices (MUTCD). Available to view online, the MUTCD contains provisions for creating and using traffic signs in the United States.

Ever wonder why stop signs are octagonal? You may assume that it's because octagons are more visible than other shapes, but this isn't the case. The U.S. government actually chose octagon for the shape of stop signs because it was the cheapest to make, allowing municipalities to save money when creating new roads and upgrading existing roads with stop signs.

#5) There Are 3 Types of Parking Signs

Not all parking signs are the same. Under the MUTCD, there are three specific types of parking signs, including permissive, no parking and no standing.

#6) Traffic Signs Were Originally Made of Wood or Stone