Featuring a distinct red, octagonal design, the stop sign is the most easily recognizable traffic sign in the United States. It's used on countless roads to instruct motorists to stop their vehicle. But even if you're familiar with the general design and purpose of the stop sign, there are probably some things you don't know about this essential traffic sign. 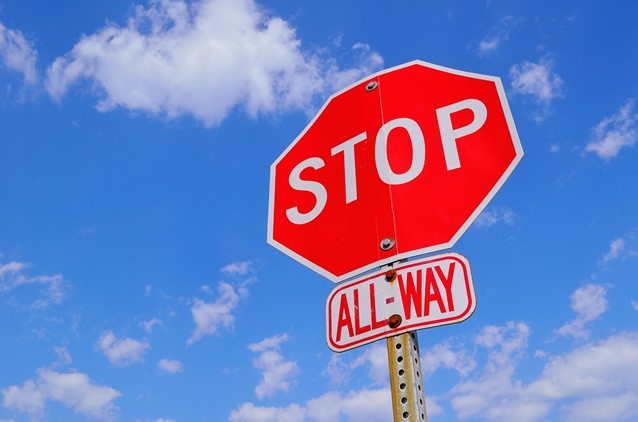 #1) It Was Originally Black and White

For over a half-century, stop signs have followed a traditional red-and-white design. The country's first stop signs, however, were actually black and white. First appearing on Michigan roads in 1915, they used black letters against a white background. It wasn't until the mid-1950s when the Joint Committee on Uniform Traffic Control Devices issued a notice stating that stop signs should feature white lettering against a red background.

There's a reason stop signs are shaped like an octagon: It helps motorists identify it. Specifically, motorists able to recognize stop signs more easily when driving towards the back of them. Only the stop sign features this shape, making it easily recognizable to motorists from all directions.

Stop signs are relatively inexpensive and easy to install, but municipalities face steep costs to enforce them. According to a report titled "Effectiveness of Stop Signs When Installed to Control Speeds Along Residential Streets," the average cost to enforce a stop sign is over $210,000 per year. Nonetheless, stop signs are essential to creating a safe community by lowering the risk of traffic accidents.

#5) Other Countries Have Adopted the U.S.'s Design

While the red-and-white stop sign was invented in the United States, other countries have since adopted the design design. Canada and the United Kingdom, for example, use the same red, octagonal design for their stop signs as the United States.

If you look closely at a stop sign, you'll notice it has a reflective surface. The reflecting coating is designed to enhance the stop sign's visibility, especially during nighttime and other low-light driving conditions. The Manual on Uniform Traffic Control Devices (MUTCD) even requires a minimum level of "retroflectivity" for stop signs.